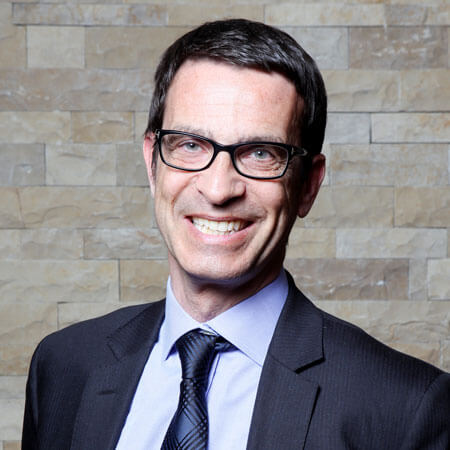 Michel Juvet began his career with Bordier & Cie as a financial analyst in the Asian and Japanese markets before spearheading the creation of new Bordier & Cie funds in Luxembourg. He reorganized the research department in 1995 and became its director. He was appointed to the Executive Board in 1998 and in 2012 became an unlimited liability partner. He is responsible for the private wealth management, analysis and asset management departments.

Michel Juvet is a natural communicator and is a popular commentator with the French Swiss media. He makes regular television and radio appearances, has written many press articles and shares his ideas and his views on the global markets at conferences.

He is chairman of the board of the Institut Superieur de Formation Bancaire (ISFB; Institute for Studies in Finance and Banking) and a board member of Genève Place Financiere. He has also served on various boards of Swiss companies throughout his career, such as Perro Duval and Swiss Investment Fund for Emerging Markets (SIFEM).

Mr. Juvet is also an author and humanitarian. During a visit to the African Great Lakes region as Swiss adviser on cooperation, he was moved by the plight of African women who were victims of sexual violence. On his return, he wrote a book entitled “Même le ciel ne pleure plus” -even the sky no longer cries, with all the royalties going to the victims. He was awarded the Literary Society of Geneva prize in 2012.